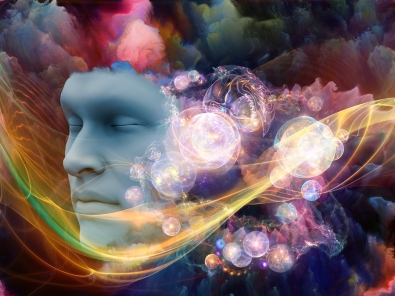 I have long been interested in dreams. Carl Jung once said “We have forgotten the age-old fact that God speaks chiefly through dreams and visions.”  It has also been a long held belief that our dreams are part of the deep well of the unconscious mind. Dream interpretation also fascinates me. But this is not going to be a big thesis about dreams.

I thought I would share with you my own experience of dreams. As a child I used to have a lot of Tunnel dreams. I was always leading a few people through tunnels. The tunnels would start out big and get smaller and smaller, until we were crawling on our stomachs. I would see the light at the end of the tunnel but could never quite reach it, so would have to go back the way we came. This was a re-occurring dream in my childhood. Another re-occurring dream was of flying. I would always be being chased by other children and was running away from them, but I always got away. I would will myself to fly. Sometimes I would be hovering just above the ground and moving very fast and sometimes I would fly above the trees and houses far away from my perpetrators reach. I recognize that these dreams for me were about the difficulties I was experiencing as a child. I feel that this is probably a very common dream for children and some adults. 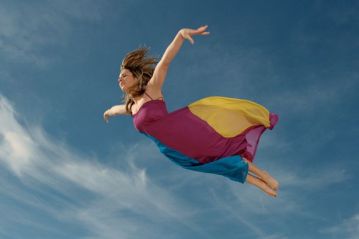 I do not have many flying dreams now, although I loved the exhilarating feeling of flying. I did have one flying dream as an adult. My Son was working in Paris. He was there for 2 years. His French was not that good and sometimes when he came home at the weekends I sensed his loneliness at being away from home. This worried me and I would always make a point of giving him lots of attention when he did come home. One night I dreamt that I was flying with another person across the Channel to Paris. I was showing my companion where my son lived and I had more of a feeling of being close to him. (My son and my other children paid for my husband and myself to have a weekend in Paris and my son showed us where he was living.) I am very proud of my son because he stuck it out for 2 years and then finally came home.

I think I was on the Astral plane the night of that dream.

I have had many interesting dreams and some of a very descriptive and revealing nature. I also believe I have had visits from my Mother and Father who have both passed over now.  I had difficult relationships with both, but I loved them both and both have let me know they are ok, through my dreams.